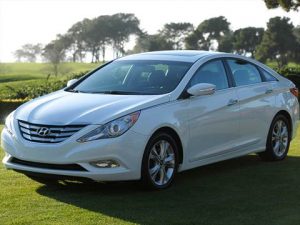 Hello guys,
I am just done with the second ATF change with my vehicle i.e. Hyundai Sonata GLS 2.4 year 2012. What pushed me to do the procedure myself was a near miss to a broken transmission. Due to the limitations of space, extra hand, I was unable to take pictures or video as a reference. But, at the bottom, I am giving links of the actual video which I followed for this procedure.

History: Since I got my car from the showroom, I followed the maintenance schedules strictly, costing me more than my budget. At about 100,000 km service, reception at my local dealer’s workshop asked me to sign a page with handwritten lines saying that they will not be responsible if the transmission breaks after this service (which included ATF change). Upon asking, they justified saying that it is just a formality, nothing bad happened ever. My bad, I signed and took my car next day with complete service including ATF change. Everything went well until few months later I felt a slip in the gear (felt like shifting between 3rd and 4th). Crap! My mind didn’t go back to the same day of vehicle’s last scheduled maintenance. I thought gear oil needs to be changed because of my long distance driving.

I stopped right away to the dealer to change the gear oil ( I was in different city now, so the dealer was different here). WHAT!? SAR 580 (~$155) to change the approximately 4 liters of ATF? I remembered, the last time it was around SAR 350 (~$94). I was not left with much options as the gear was slipping more frequently. I went with the change. Felt satisfied when the gears changed well at all speeds. DOUBLE CRAP! The very next month, gear slipped again. What is going on? My mind was just unable to think. I thought to look into the matter myself more deeply. The very first thing I did was a research through the car’s manual (Which I should have done from the very first day). Both the dealers used Dexron III specifications (Shell and FUCHS). WHY THEY DIDN’T USE ATF TYPE SP-IV FULLY SYNTHETIC SPECIFICATION OIL MENTIONED IN OWNER’S MANUAL? Caught in the anxiousness to save my transmission, I just skipped asking and did it by my own. So I followed the below procedure.

Some day may be I will post my own video or pictures.